How it all started...

Through the prompting of an Arvada, CO pastor, Journey Point began with a conversation about Denver. The beauty God has created here, but the HUGE need for more churches. With over 1,600 people a month moving into Colorado, and only 1 church for every 32,000 people, the Arvada pastor convinced Chris that Denver had a need.

Over the course of 11 months, God moved in great ways. Chris and his family felt called, went through the proper channels, became an approved church planter, and started their journey to Denver. Chris and his family served with the Arvada pastor for 10 months and set sails over to Stapleton.

Journey Point is beginning in a school, but started out in the home of the Phillips in Beeler Park. 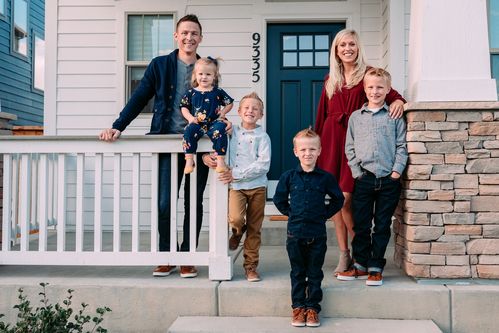 Chris and Libby have been married for over 12 years and have 4 children. Neither have a traditional track to working in church ministry as they didn't grow up in "church homes."

Chris is a native of Memphis, TN and graduated from the University of Tennessee, where he met Libby, who was born and raised in Knoxville, TN. They crossed paths during Chris’ senior year of college and began dating long distance while Chris was in school for his Masters of Sports Administration at the University of Memphis. Libby has a heartbeat for Early Childhood education and completed her Masters from UT in 2007 before moving to Memphis where she was a 1st grade teacher.

Chris began his professional career in Medical Sales, where he was a sales representative for 8 years. Feeling called from by God about full-time ministry, he began his Seminary Degree through Liberty University. As a leader at a large church in Memphis, TN, Chris was developed as a local church leader, which ultimately led to a full-time ministry position there where he oversaw the Recreation, Young Couples (Engaged, Newlywed, & New Parents), and Leadership Development ministries of the church. Chris is now working toward his Doctorate of Ministry through Gateway Seminary.

Where we are headed...

What's the bottom line? We're launching a place that community is the center of everything we do!

More than ever, Journey Point is committed to fostering a community built around hope. Hope for the future. Hope for better. Hope for progress. Hope in Jesus. And as we move forward, inclusion and belonging remain at the center of who we are.

Our vision is to be a catalyst for multiplication in Denver, the West, and the World! 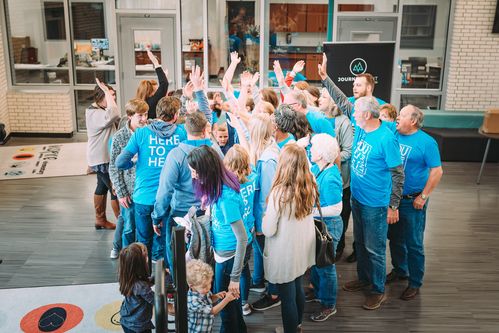 Join us every Sunday as we gather to worship together a 10:00 am @ THE HUB in the Shops at Northfield.